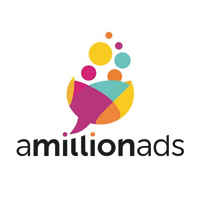 Buckle your seat belts and hold on to your hair-pieces, because we’re back with another instalment in our series of profiles of interesting people.

This month, we’ve been catching up with the wonderful Sam Crowther, Head of Creative at A Million Ads, finding out about dynamic digital audio, their Voiceover selection process, and the future (spoiler alert: robots are taking over the world). 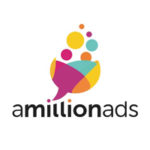 Who are you, and what have you done?

I’m Head of Creative at A Million Ads. Before making the leap into the start-up world I was Creative Director at Bauer Media and, before that, Head of Creative Development at Capital/GCap/Global. I have a pretty broad perspective of the industry having worked regionally in Manchester and Bristol, nationally from both Leicester and Golden Squares and internationally through freelancing and speaking at various conferences around the world including SxSW, Creative Week NYC and various Radiodays Europe events.

Your credentials check out. So tell us about A Million Ads…

A Million Ads is pioneering dynamic creative and personalisation for digital audio, we deliver campaigns where any element of a script can change depending on the data that is known about the listener. From the time of day, day of week, location, weather, device being used, content being listened to, sequence of message right through to gender, age, name, behaviour as well as API connections for live prices, odds, stats or retargeting/search data.

We are working with Global/DAX, Bauer, Wireless Group, programmatically through the advertising group trade desks and with Pandora in the US.

Saucy. What’s your process when it comes to choosing Voiceovers?

We cast voices based on the best fit for the particular script we’ve written, so exactly the same as for broadcast copy. We listen to voice reels online hoping to hear a performance similar to what we want to achieve. We always look out for new talent, it’s so nice to hear fresh voices coming through, people who can add to the creative idea and have an opinion on what might work well.

What makes you want to work with a Voiceover?

They have the right voice for the script firstly but they also have to be able to deliver the performance we need from the session. Personality and professionalism, they’re lovely, friendly and easy to get on with but can also take direction well and change their vocal performance accordingly.

Our sessions are perhaps a little longer than for broadcast copy, so stamina could be a factor, depending on the number of variant lines and how the dynamic script is written.

What puts you off using a voiceover?

Not being able to deliver on either of the points above. Their voice might not be right for certain jobs, of course, but it helps to be really adaptable, show a variety of different performances or characters and always have a positive friendly attitude.

What are your thoughts on the future of the Voiceover industry?

It’s an exciting time to be involved in digital audio as, it’s getting its moment in the sun. We talk about dynamic personalisation allowing brands to communicate the way humans do instinctively and it’s understanding that human element that is crucial. Technology creates an opportunity, but it’s creativity that adds value, as the legendary ad-man Sir John Hegarty once said.

Any final thoughts? What else is peaking your interest?

We do get asked about the potential for voice synthesis, it isn’t an issue until listeners can’t tell the difference between a synthetic and real voice delivery. At the moment it’s too obvious but machine learning will eventually bridge that gap and synthetic voices will start delivering some script lines. We see there being a growth in the total demand for voice work driven by the likes of dynamic and personalised campaigns, so it isn’t a threat yet but certainly worth keeping a ear on.

Thank you to Sam for taking the time to talk to us, and if you haven’t already done so, check out A Million Ads – they’re doing so bloomin’ cool stuff!