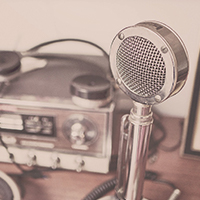 You’re a radio presenter. You work with your voice every day. So you’ll be able to do voiceover work no problem, right?
WRONG. You idiot.
Maybe I’m being harsh. But maybe not.
This appears to be the thought process for countless jocks who get into the voiceover game, and time and time again, they can’t help but “present” a script. Try as they might… they present.
So if you are a hopeful presenter looking to make it in the big mean world of voiceovers, then read on, as we delve into some of the key differences between the two, with the help of a bunch of voiceover artists who have successfully done both.

When you are presenting on your radio station, be it a national commercial station, a local BBC site, or even something like “107 The Beast” community RSL, you have a style that works for your listeners.
You might have a soothing overnight style, perfect for an older generation who keep getting up for a wee and need something to help them nod back off to sleep. On the other hand, you might be the bright and bouncy bubblegum voice of the post-millennial world.
But when it comes to voiceovers, that one style is not going to be enough. Learn to be more versatile and you’re off to a good start.

Doing voiceover work is like being on a different radio station with every session! Does the client want you to be fast & upbeat? Slower? More natural? More salesy? You could start the day voicing a music promo as if you’re on Capital, but end it narrating a documentary that would be more like BBC Radio 4. 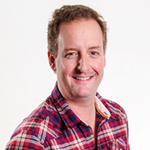 As a broadcaster you want to remain ‘yourself’, but as a commercial voiceover artist, you can go for your life – accents, energy, tempo, impersonations (if you can!), because the script tends to steer you in a different direction. Honing your voice skill to be able to take on anything from a second hand car garage to narrating an environmental series for the Discovery Channel takes practice and commitment.

On the radio, you can have your wacky jokes. You can be crazy and bonkers and go over the top with that big stupid laugh you do. You can bring in the intern and the producer and the girl who does the travel news and be so blinking silly your eyes might fall out of your head with all the shenanigans.
When you get in the vocal booth, it exposes you for who you really are. You are alone, bar the producer sat on the other side of the glass. That microphone will pick up all your insecurities and falsities.
One of the biggest things producers are looking for in a voiceover is a natural sound. Over the top may have sold products in the 60s, but in this era of “brand sense” people want to feel connected to the brand and the voiceover they are hearing.
So, even though the words are there in front of you, be real. Be you, talking about that product. 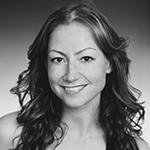 The challenge for me has been to make scripts sound natural (if they’re not hard-sell). As radio presenters we’re used to ad libbing and talking off our heads, it’s been a learning curve to give that same natural delivery when I’m tied to exact words on a page. 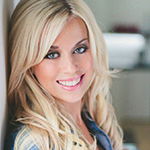 Charlie O’Brien – Presenter, Married and Tired with JK and Charlie:

This is the one I found the hardest to master after years of being a newsreader and then an enthusiastic presenter. It takes practice and lots of it.

When you finish a link on the radio, you queue up that chain of 80s classics, hang up your headphones, switch the kettle on and go to the loo. That link is over, and now you’re thinking about your next one. Or about how Producer Paul got to the loo before you and why he’s taking so long.
My point is, a radio link exists in the world for as long as the mic are up, and then it is gone. Pffftt. Into the ether.
A voiceover on the other hand, lives on for a much longer time. It will be listened to over and over again by its audience.
If you are serious about voiceover work, then this should be a bit like acting a scene for a movie – craft it, take your time, make sure it’s right. This is not an off-the-cuff comment about traffic on the A22, or Katie Price’s new pet llama.

You need to really ‘think’ abut the words on the script, and really make them come alive, using light and shade. I find each script is a beautiful performance, rather than a radio link.

Charlie O’Brien – Presenter, Married and Tired with JK and Charlie:

When I’m recording a VO I do many takes with varying ‘shades’ – that way the client can choose the one they prefer. I also always ask for guidance and there’s no shame in this – it means everyone is happy with the outcome.
So, there we have it – a list of some of the big differences between presenting radio and doing a voiceover. It is by no means an exhaustive list however. Both disciplines are crafts in their own right, and just because you are great at one doesn’t mean you will immediately be at the other. It’s all going to take commitment and hard work I’m afraid. Sorry.
If you think of any we have missed, why not let us know on Twitter?
Share :