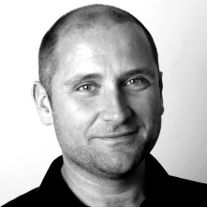 The knowledge I gained from this study help me with my work as a commercial producer as I use visualisation techniques to bring scripts to life. As a voice director, I describe these visuals to help bring the voice over into the character and setting of the script. This is one of the most enjoyable parts of my work as it really opens the creative experience of radio as a medium and is a lot of fun expressing my interpretation of a script, especially when the voice over provides their own input. I have found this technique to be useful not only in a professional setting but also teaching new voice artists whom have never experienced direction before.

The study for my dissertation has played a great part in my work as a guest lecturer at Huddersfield University. The lecture I deliver covers commercial radio production but has a separate workshop in which I play this soundscape and have the students discuss their experiences in an open forum. The workshop has ignited some interesting discussions and the difference between each listeners experience varies, massively, in some cases. The lecture was also adapted as part of a training module for both sales and creative staff at UTV Media, which helped to evolve my study to be relevant within a commercial setting. How we can create more effective radio campaigns using visualisation techniques to bring commercials to life.

I have often wandered where ‘sound creating visualisations’ has stemmed from in evolution, and I have a theory (hold onto your hats!!):

A caveman sits outside of his cave overlooking the forest and every now and again he hears a loud sound but has no clue what it is. One day he ventures into the forest, into an opening where he sees a beast, which lets out the same loud sound. The caveman now has a visual representation of the sound he hears and disappears back to his cave. The next day he hears the same sound and his mind presents him with the image of the beast, so he returns to the forest. The man is presented with an image of the beast attacking an animal of prey, but how does he know the beast is a threat to him!? His mind uses a memory of what ‘caveman’ looks like and replaces the pray with the image of him (Imagination = memory manipulation) ultimately providing him with an image of what it would be liked to be attacked by the beast (survival instinct) The caveman disappears quickly never to return, at least never when that sound is heard, and lives to carry forth man’s evolution.

How does the caveman know what he looks like if there are no mirrors in the forest I hear you ask? They say never trust a thought that arises at 3 in the morning, so take what you will from my theory! As the great Andrew Sachs said when playing Manuel in Faulty Towers, “I know nothing”.