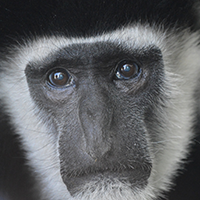 You’re allowed to have fun, y’know?

Voiceover work should be fun.

Some Voiceover artists seem to be afraid of fun, as if somehow the script they’re reading, flogging cheap tiles in Basildon, might one day solve the crisis in the Middle East. It won’t, and people don’t mind that.
Allow us to let you in on a little secret for you to muse upon the next time you are tempted to have fun during a session.
Producers know when what they’re writing is bollocks.
This Easter just gone, I sent a script to a VO artist I have worked with quite a lot on one particular client’s ads, which included the line “We have some egg-sciting deals…”. Now, I knew this was terrible. I knew that, but it’s what the client wanted, and as they’re the ones who ultimately pay for my bread and milk, they got it.
This VO could have just read it and sent it back, and I would never have given it a second thought. But he didn’t. Perhaps this was the 15th egg-based pun he had seen that day, but as soon as he received the script he turned on the mic and, in his rich Irish accent, reeled off the following commentary:
“Good afternoon to all the tossers in marketing who think this sounds fecking hi-LARIOUS… HILARIOUS!”
This made me laugh so hard that I choked on my banana (not a euphemism). I knew it was crap. He knew it was crap. We were on the same wavelength, and now I know he is someone I can turn to who understands the nature of the beast.
Not every voiceover you do will be career-defining, but even the rubbish ones – the ones with 26 seconds of Ts and Cs, that you know will just wash over people’s heads – even those are better than screwing lids on tubes of toothpaste in a factory, or cleaning out post-festival portaloos.
You’re allowed to have fun with this job, that’s part of the appeal. Make yourself stand out, and put across your personality in what you do. In most cases it’s only going to strengthen your relationship with that producer. Producers use so many different Voiceover artists from day to day that just getting one random job on the fly from a particular producer doesn’t guarantee that you will get more in the future. However, if you make yourself stand out, they will remember your name. They will remember your voice on the fun bits, probably even better than on the actual day-to-day scripts.
Having fun will get you more work, and it will make the work you do more enjoyable for you too. Voiceover work is becoming more and more solitary, with increasing demand for remote mp3 and wav recordings instead of in-studio reads. This is your chance to make it a more social experience. At the very least, you can remedy your cabin fever by blasting a rendition of your favourite musical hook in-between “2 for 1 on sausages” and “Half price on selected variety packs of crisps”.
And if the producer is worth their salt, they may even remix your ramblings into a dubstep mashup.
Remember, it’s ok have fun.
Share :