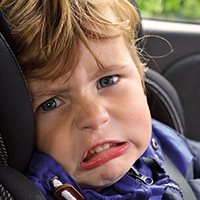 Producers.
The mysterious, studio-dwelling, sunlight-starved, mole folk who keep the industry chugging along.
Think of them like the dwarves in Lord Of The Rings. Hard working, sometimes bearded and bespectacled, and often grouchy.
But if you don’t keep them sweet, they will not let you through the doors into the caverns of gold they preside over.
Here are a list of things that get right on their wicks (the producers I mean, not fictional dwarves). Avoid these 5 pitfalls and you should be laughing all the way to your castle vaults. Providing you don’t run in to any dragons, that is.

In a bid to make your voice sound as sultry as possible, it’s tempting to run your mic through some processing before it hits the ISDN line or your chosen recording software (when Adobe come calling with that sponsorship I will name check Audition… wait, damn it.)
Don’t do it!
Producers need your voice as raw as it can be, which means the recording needs to as close as possible to the sound of you just talking to them in the same room. Then they can process it and produce it up to match the sound of the brand or the project they are working on.
Here’s what this tall and handsome chap has to say about the situation: 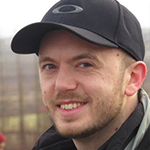 This is particularly notable with radio jocks who also do voiceover work – they are so used to hearing themselves with the added compression, that hearing their unprocessed voice is like catching sight of yourself naked in the mirror after Christmas. You see all the extra flabby bits that aren’t there normally, and it doesn’t feel pretty. But as a producer, I want you naked, flabby bits and all.

2. Bringing your hulking great ego into the session

When you are THE voice of Kevin’s Krisps, or Tony’s Tyres, it can be easy to let that fame go to your head. When you go to your local Zizi’s, you may get a 10% discount for a “celebrity” tweet complementing their garlic bread. When you speak to customer services on the phone, mild-mannered representatives may go all weak at the knees at the sound of their favourite recognisable voice.
Yes, voiceover work can really be that glamorous, but when it comes to working with a producer, it’s probably best to leave that ego at the vocal-booth door. After all, they are the ones providing you with the work that has lead you to these illustrious heights. Make them feel estranged and they aren’t going to come rushing back. 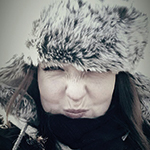 You may have a lovely voice but at the end of the day we’re just making radio commercials. If you make me feel inferior to you then I shalln’t feel comfortable in a session with you and get the best audio outcome.

3. Out of date showreels

Finding a voiceover is a bit like online dating. As a producer, you browse profiles, looking for a couple of cuties to drop a quick “Hey hun”. Someone replies, and you arrange a date – nothing fancy, just a 2 for 1 at Pizza Express (get out your Taste Card, impress them with your frugality). You put on your fanciest frock, or your sharpest shirt, and rock up to meet your date. But, Hark! Is that disappointment calling?
When they turn up, it dawns on you that their pictures were years old, and that small ’95 in the corner of the photo wasn’t their rating out of 100.
Similarly, when a producer hears your showreel, that’s what they are expecting. If your voice has changed in the last 10 years, then you won’t be delivering the product they have ordered.
It also means you probably don’t have some of your biggest or most recently recognisable work on there. To take this back to the online dating analogy, it’s like not showing prospective romancers your fierce new beard or your gorgeous new face tattoo. 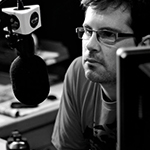 You would not believe the number of reels that sit on voiceover’s websites that don’t change for years! I mean why would you leave your biggest selling point to go stale, you wouldn’t serve up out of date food on Master Chef!!

This point specifically relates to sending MP3/WAV files, when you are recording your own audio. If a producer is in a rush, or doesn’t have the time to direct your voice session in real time, then this is a great way to provide your voiceover files. It’s important to bear this in mind before you send anything.
In this instance, a producer doesn’t want a 10 minute stream of consciousness, which they have to trawl through for 30 seconds of audio. Feel free to have fun (see our blog on that here), but the producer needs 2 or 3 clean FULL takes of the script with any alternative lines bunched together at the end of the session. This keeps it much easier to pick out the bits they need.

If you start and stop sentences and jump around in the script, then you make it really bloody hard for me to do what should have been quite a simple line-edit, before adding the fancy-pants bits. Make my life easy and I will throw scripts at you like I throw bacon bits on my salad bar bowl at Harvester.

You wouldn’t be late to your office-job. You wouldn’t miss the first few minutes of Game of Thrones. You wouldn’t hesitate to pick a £50 note off the floor. So don’t be late for your producer.
Producers are busy people. They may just be a tinny voice on the other end of the ISDN line to you, but the likelihood is they have a few voice sessions to do today, and they all need mixing for a demanding client by 3pm ready to go live tomorrow.
However you are providing your audio, turning up late for a session, dialling in late, or providing your MP3/WAV late, is a pet peeve of producers around the world.

Being LATE. It’s number one on my list. It shows a total lack of respect for us and the job.
In summary, it’s important to keep the producers you work with nice and sweet on you, because then they give you all the lovely work you can handle.
Keep your eyes peeled for our full interview with Jane and Stuart from Granite Creative Productions in the next few weeks!
Share :